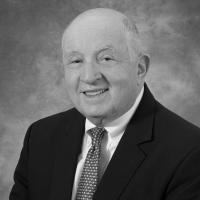 Mr. Resnick has been in the insurance industry since graduating from Upsala College in East Orange, New Jersey with a BA degree in business majoring in insurance. This life-long experience envelops all forms of insurance coverage from the vantage points of insurance carriers as well as insurance agencies.

While attending Upsala College, Mr. Resnick was a member of the Air National Guard out of McGuire Air Force Base in Burlington County, New Jersey.

He began his career at MetLife in Bloomfield, New Jersey as an agent. During the next fourteen years he built a successful sales career and moved over to the management side directing the activities of numerous sales agents. During this period, he was called to active duty by the United States Air Force and served as a staff sergeant in Europe, stationed in France.

Upon returning home, Mr. Resnick continued his insurance career on the carrier side of the business by moving to Colonial Life (then a division of Chubb Insurance) in East Orange, New Jersey. While there he acted as the insurance brokerage manager serving as the liaison between the company and their agency members. This provided valuable experience for learning the needs of clients being serviced by the individual agencies and prepared him well for his future marketing efforts.

Born and raised in Newark, New Jersey, he is a life-long resident of Essex County, New Jersey. Mr. Resnick is a former president of the Verona JC’s, was active in the school community, associations, local politics and synagogue.

Mr. Resnick considers his two granddaughters his favorite hobby and has no plans to leave Verona.