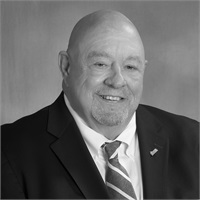 Mr. Stanek has been in the insurance industry for 35 years having an extensive background in many areas of the industry including: Sales Management; Risk Management; and Mergers/Acquisitions. His background also includes working with a very diverse client base that has ranged from large commercial accounts to large public entity businesses, school boards and municipalities.

Mr. Stanek was named Chief Operating Officer of James A. Connors Associates, Inc in 2013 with operational responsibility for all divisions and locations.

Prior to joining James A. Connors Associates, Inc., in 2012 as Senior Vice President, Sales, Mr. Stanek last served as Senior Vice President of Commerce National Insurance Services, a wholly owned subsidiary of Commerce Bancorp, Inc. While there, he developed relationships between the insurance division and banking lenders as part of a business-building strategy as well as managing a large staff of commercial account executives.

The Commerce National Insurance Services position was the result of Commerce Bancorp, Inc. acquiring Traber and Vreeland, Inc. headquartered in Randolph, New Jersey in 2001. Mr. Stanek was Chief Operating Officer of Traber and Vreeland one of New Jersey’s largest property and casualty brokers.

During his 18 years at Traber and Vreeland Mr. Stanek’s responsibilities included: generating revenues in excess of 12 million annually; managing a large book of public entity business; and spearheading the acquisition of 40 companies which significantly increased revenues.

Throughout his career Mr. Stanek has served on numerous insurance carriers agency boards as well as being a Director of the Motor Club of America Companies (MCA). Thrifty Rent-A-Car acquired MCA and Mr. Stanek was appointed to the Thrifty Rent-A-Car/MCA Board of Directors. He also served as President of the Motor Club of America Regional General Agents Association from 1986 to 1992 and was President of the New Jersey Independent Agents Association of Morris and Sussex Counties.

Mr. Stanek was the recipient of the prestigious Lou Donegan and William Peason Person of the Year Award in 1989 and 1990.