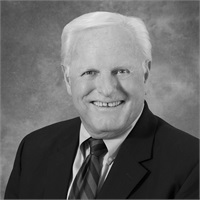 Mr. Trowbridge has been in the insurance industry since 1985. Over this more than twenty-five year period he has accumulated a wealth of experience in all lines of commercial, professional and personal insurance coverage.

He joined the James A. Connors Associates, Inc. sales team in 2000 as a licensed producer and moved to his current position of personal lines account executive the following year.

After attending Fairleigh Dickinson University in Madison, New Jersey, Mr. Trowbridge began his career in the retail marketplace having owned and operated a shoe store in Boonton, New Jersey.

In 1985 Mr. Trowbridge entered the insurance industry by joining Prudential Financial, Inc. in Newark, New Jersey. After acquiring his insurance license, he specialized in selling life, health, accident, homeowner, and auto policies. He expanded his sales efforts into commercial lines coverage and later acquired his Series 6 and Series 63 licenses which allowed him to sell mutual funds, variable annuities and any type of security.

His successful career at Prudential included qualifying for regional business conferences, the Silver Achievement Award for sales excellence and a Presidential Citation for overall performance. In 1998 Mr. Trowbridge decided to retire.

After two years of golf and leisure, Mr. Trowbridge realized that he was not ready for retirement life and joined the James A. Connors, Inc. sales team. Now, after more than ten years with the Connors team, he still enjoys the pleasure of providing outstanding customer service.

In 2012 and 2013 Mr. Trowbridge received the prestigious Five Star Home/Auto Insurance Professionals Award which is presented to less than 7% of home/auto insurance professionals in New Jersey.

Mr. Trowbridge resides in Boonton, New Jersey and enjoys the occasional round of golf and rooting for his favorite football teams the New York Giants and the University of Notre Dame.