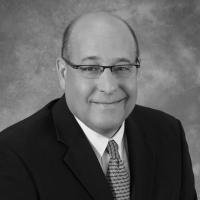 Mr. Schlosser grew up with one foot on the ball fields and the other in the insurance industry watching and learning from his father, Sid, who was a central figure in and around Morristown running Schlosser-Lewis Insurance Agency for over 30 years.

As a life long resident of Morristown, Bill’s business focuses on the local community and is evenly split between personal and commercial insurance. Over the years, he has formed close relationships with many of his clients. His goal is to assist clients in finding a balance between needs and wants in order to have the right coverage in place at the time of a loss. By being a neighbor and getting to know his clients, Bill has the ability and advantage to achieve this balance.

Mr. Scholsser joined James A. Connors Associates, Inc. in 1985. As a member of the team, Mr. Schlosser strives to provide his clients with a customized portfolio of insurance providing appropriate coverage, competitive pricing and personalized service written through insurance carriers that are financially strong. Insurance, like most other things, is about attention to detail and finding value. He has been successful in maintaining long relationships for those that want this type of service and attention.

Mr. Schlosser is a 1981 graduate of Ithaca College in Ithaca, New York with a degree in Business Administration. He is a life long member of Temple B’nai Or in Morristown where he has served on the board of trustees.

Past activities include: Team Up For Turf committee member which raised money for a new turf field at Morristown High School; tee ball coach; advisory board member of First Morris Bank’s Wealth Management. Current actives include: member of Morristown YMCA; Beth Israel Cemetery board member; and, the Lakeland Bank “Morris County Advisory Board”.

If he is not in Morristown you can usually find Mr. Schlosser and his family in Chautauqua or Ithaca, New York.

Mr. Schlosser is married to Stacey, who is owner of Glassworks Studio in Morristown, and they have two children: Caya and Scott.